The villages of Mata Redi and Mata Woga in Central Sumba have an inspiring story to share. They have been chosen to pilot an inspiring new scheme to build a community-based solar power plant as part of the MENTARI energy transition programme.

This project’s implementation has been a fertile ground to gather valuable lessons; the villages have in fact been documenting their progress at every stage. Against this backdrop, 12 community facilitators from the Humba Hammu Network Association and six participants from the Don Bosco training centre in Sumba in East Nusa Tenggara attended the ‘Writing and basic photography’ online training workshop that took place in two venues in Sumba from 13 to 17 July 2021.

Laily Himayati, MENTARI’s collaboration and networking lead introduced the event as follows, “This training will provide additional skills for colleagues in the field who have been directly involved in mentoring in the community, especially in Mata Redi and Mata Woga villages in Central Sumba, where the MENTARI programme [and the communities themselves] are building the new solar power plant. Missing to capture interesting findings in the field, unique happenings, or even the community learning process would represent a great loss to the project. If the team and stakeholders can document these developments in interesting writings with strong supporting photos the project could gather strong pieces of evidence and lessons learned.

The first two-day workshop for the Humba Hammu group took place at the Hivos office in Sumba. In contrast, the second workshop for Don Bosco staff was held at the Don Bosco training centre event venues were limited by complying with the COVID-19 pandemic health protocols that were still in place. 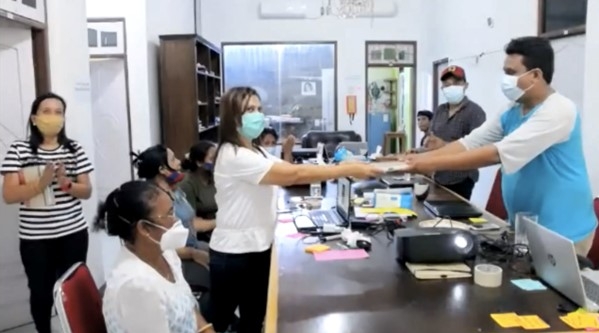 Although the events were online and conducted between Jakarta and Sumba, this did not detract from the lively interactions between participants. The resource person leading the training was Musfarayani, a media and community communication expert from Jelajah Indie Komunikasi. The sessions were practical and accessible, with 70 per cent of the time spent on practical exercises and 30 per cent on theory.

The writing session covered the 5 W+1 H (what who, where, when, why and how) principle that stresses the need for a complete context framework. However, participants while selecting their stories still had to identify the most interesting angles that had the most ‘story value’. For example, the Humba Hammu group, a local women-led consortium of eight local organizations, identified a potential in portraying their approach to gender issues through mentoring. The same group believed that the community’s own local wisdom on Gender issues would make an interesting read. They also identified some high-profile figures in the community or potential ‘movers’ whose profile stories they could capture. The Don Bosco participants considered that even their daily work as instructors and teachers guiding young people from Mata Redi and Mata Woga had some story value.

Participants had to develop articles based on their experiences using the story writing techniques commonly used by journalists – in the form of straight news (direct stories) and more in-depth features. 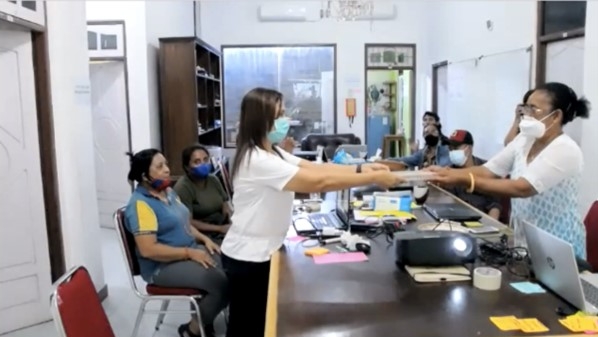 In the photography session, the emphasis was on the principles of composition – and on making sure photos have the impact intended and convey the correct message. Participants learned how to maximise the features of the smartphone cameras. They provide a practical solution for amateur photographers since the settings are generally automatic. Also, it only takes a bit of foresight to capture the moment, choose the right angle and balance the composition more creatively.

Yunita, a participant in the Don Bosco group, expressed similar views. According to her, the overall method used in training made the information easy to understand. Her only regret was that the workshop’s access was limited since it took place online and over a short period of time.

Participants from both Humba Hammu and Don Bosco hope that advanced or similar training will be possible in the future but over a longer period to allow them to practice and develop their skills in the field.

By: MENTARI and REEP2 In anticipation of Presidential Regulation No. 112 in 2022, MENTARI has developed guidelines for determining renewable energy quotas using the Renewable

Background Last mile electrification is a difficult undertaking irrespective of its geographical context. Nevertheless, it faces additional challenges when executed in an archipelago such as

By: Policy Strand MENTARI PLN’s Diesel Replacement Program was publicly launched in March 2022, with the ambition to convert 499 MW of diesel to new